The boxer is currently the 7th most known dog breed to own in the USA. Coming from Germany, it is seen as an extremely gentle canine, despite the fact that it might not look gentle at a very first glimpse.

Just how much do boxer pups set you back?

Typically, the average expense of a Boxer puppy will usually depend on its age, gender, quality, nationality, its parents, the dog breeder as well as where you’re acquiring it from. A top quality Boxer young puppy, usually, can set you back anywhere from $650 to more than $1,800. Usually, those that sell a dog with no documentation will be closer to the lower end, whereas an AKC registered Boxer, with all of the required documents, can be closer to $1,300 or even more.

On PuppyFind.com, as an example, there were more than 650 listings at the time of this writing, with costs varying anywhere from as low as $600 to more than $2,000.

The main AKC Marketplace, for example, has a handful of dog breeders that are open about their costs, and from what we were able to find, the costs were anywhere from $1,500 to $2,500 for an AKC registered litter.

You might also like our articles about the cost of a Dogo Argentino, Papillon Dog, or Chocolate Lab.

A trustworthy dog breeder must always include some type of health warranty, up-to-date vaccinations, a licensed veterinarian check-up, a traveling cage if they have the dog delivered and also registration documents. A lot of top quality dog breeders will additionally dock the tails, crop the ears, add an OFA hip/heart certification, and also microchip their pups before giving them up for adoption. Nevertheless, given that all dog breeders will differ, it’s a good idea to know what will be included in your adoption costs.

Before the adoption, the dog breeder you’re dealing with will have you sign a contract, clarifying every little thing you will obtain with the adoption and also what they will expect from you. As an example, if the pups weren’t spayed or neutered before adoption, there might be a stipulation clarifying when it should be done.

What are the added expenses?

If your pet dog can not be picked up locally, then it will need to be delivered either by air or ground, depending upon the actual distance between you and the breeder. Some dog breeders avoid the airline companies and would prefer to meet somewhere in the middle, whereas others will deliver the dog outside state lines for a fee, which is normally around $250 to $400, depending on the distance that needs to be traveled. 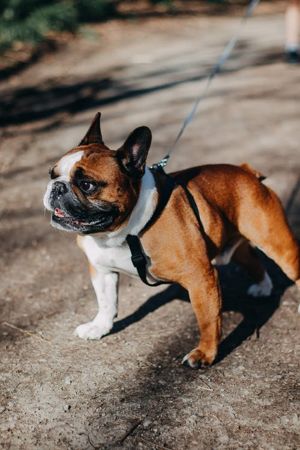 Boxer pups will measure anywhere between 21 and 26 inches high and can weight as much as 50 to 70 pounds, with females, generally, weighting around 20 percent less. They are considered to be fairly strong, powerful and are known for their smaller sized nose and powerful jaws.

A Boxer will have a much shorter, smooth and glossy coat, that can have common coat shades such as brownish and white, also known as brindle and fawn. White Boxers also exist, however, a lot of white Boxers are known to be deaf. A black mask will surround the nose and jaws and white markings, known as flashings, will be seen on the belly, feet as well as its upper body, however typically, it should not occupy more than one-third of its body.

The Boxer is known to be extremely alert, faithful to its owner as well as very smart.

If leaving a healthy and balanced life, the typical Boxer can live 10 to 12 years.

A Boxer can be ideal for apartment or condo life, yet this does not mean that they will not need to exercise daily. At the very least once each day, a Boxer should be able to walk and/or wander free in a yard for at least half an hour.

Boxers are known to be great around kids.

Just how can you save some money?

With numerous Boxers available for adoption, think about searching at a neighborhood adoption center or rescue group that specializes on this particular breed. If you were to find one, it would be older, yet you can feel great knowing that you’re helping a great cause and offering a loving dog a home and family. It’s not unusual to find an adoption fee of less than $250.