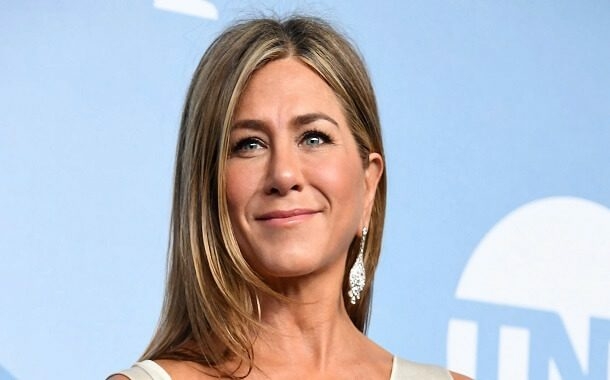 A great specialist in comedy series and romantic comedies, Jennifer Aniston discovered her taste for acting at only 11 years old, when her parents sent her to a specialized school. Small roles in a variety of films, including the much-maligned horror Leprechaun, almost made Aniston quit acting, but the pilot episode of “Friends”, which aired in 1994, changed the course of her career. The long-running series, whose last episode hit the small screen in 2004, turned Aniston into one of the most popular actresses in the United States.

What are Jennifer Aniston’s net worth and salary?

At the time this article is written the famous actress Jennifer Aniston has a net worth of $320 million. She earns more than $20 million per year from endorsements and acting.

You might also like our articles on the net worth of Jerry Seinfeld, Kevin Hart, or Zendaya.

In 2003 Jennifer Aniston was the highest-paid actress in the world with $21 million in total earnings.

Aniston was born in Sherman Oaks, Los Angeles, California on February 11, 1969, and was raised in New York City. Jennifer is the daughter of actor John Aniston and actress Nancy Dow. Aniston has two half-brothers, John Melick and Alex Aniston. The actress’ father is of Greek and American origin, born on the island of Crete in Greece, while her mother was born in New York City, having English, Scottish and Italian origins.

Jennifer Aniston lived in Greece for a year when she was little, with her family, and later they moved to New York. Aniston’s desire to become an actress grew when she worked in theater productions such as “For Dear Life” and “Dancing on Checker’s Grave”. All this time, she supported herself, working part-time. In 1989, she moved to Los Angeles, California.

Jennifer Aniston earned $1.25 million for each episode of the Apple TV show “The Morning Show”. At the time this article is written this is the fifth-highest sum of money ever paid to an actor per episode.

The Friends cast was able to demand backend points on the show as part of their 2000 contract negotiations. This would allow them to earn royalties of the show’s sale into syndication. This series continues to generate incomes of $1 billion per year in streaming deals and syndication royalties. In the next years, each cast member can earn anywhere between $10 and $20 million per year only in royalties.

When it comes to marketing campaigns, Jennifer Aniston is one of the most sought-after celebrities in the world. She made a fortune over the years for promoting brands such as Aveeno, Smartwater, Eyelove, and Emirates. The actress earns around $10 million per year only from endorsements. Also, she created six fragrances.

In 2012 she bought a house in the Bel Air neighborhood of Los Angeles for $20.1 million. Also, she owns a property in New York which is worth at least $10 million. Aniston was the girlfriend of singer Adam Duritz and was engaged to actor Tate Donovan, but they broke up. Her relationship with the actor Brad Pitt was highly publicized. Jennifer married Brad on July 29, 2000, in Malibu. For years their marriage was considered a very rare success in Hollywood, but rumors that their relationship was no longer working began to circulate when Brad Pitt appeared at the premiere of the movie “Ocean’s Twelve” without his wife. In 2005, the couple was seen in the Caribbean islands with Courtney Cox (her colleague from the series “Friends”) and her husband.

However, a few days after this, the two shocked fans when they announced that they were breaking up. Then there were rumors that Brad and Angelina Jolie had a relationship, but both denied the rumors of adultery. Aniston filed for divorce on March 25, 2005. The breakup with the famous actor threw Aniston into a shadow cone, which she tried to overcome in romantic comedies like “Bruce Almighty”, “Along Came Polly” or “Management”.

Jennifer Aniston was awarded a Hollywood star for her films, located in the south section, 6200 block, on the Hollywood Walk of Fame.