Lisa Marie Presley was an American singer and actress, and the daughter of the rock legend Elvis Presley. She is known also for her marriages with Nicolas Cage and Michael Jackson, and for being a former member of the Church of Scientology.

What was Lisa Marie Presley’s net worth?

At the time of her death, the American singer and actress Lisa Marie Presley had a net worth of -$10 million. The singer Lisa Marie Presley, the only daughter of the “King of Rock’n’roll”, Elvis Presley, died on Thursday, January 12, 2023, at the age of 54, after being rushed to a hospital in Los Angeles. The information was confirmed by her mother.

“It is with a heavy heart that I must share the devastating news that my beautiful daughter Lisa Marie has left us”, her mother, Priscilla Presley, said in a statement. “She was the most passionate, strong and loving woman I have ever known. We ask for privacy as we try to cope with this profound loss”, added Priscilla Presley. Lisa Marie Presley suffered a cardiac arrest at her home in the Los Angeles suburb of Calabasas, before being taken to the hospital.

She attended the Golden Globes in Beverly Hills earlier this week, where actor Austin Butler won the Best Actor Award for playing her father in the movie “Elvis.” Elvis Presley died of cardiac arrest in August 1977 at the age of 42.

Maybe you are wondering why Lisa Marie had a negative net worth when she lost her life. Lisa herself said that in the last years, she was confronted with debts of $17 million. But an ex-husband of hers claimed that she actually had more wealth, and was using her debt as an excuse not to pay spousal and child support.

After the death of Elvis Presley, on August 16, 1977, Lisa Marie Presley, who was 9 years old, became the heir to her father’s fortune along with her grandfather Vernon Presley and grandmother Minnie Mae Hood Presley. At the time of his death, Elvis Presley had a net worth of $5 million, and after different debts, taxes and fees, Lisa was left with only $1 million (today that would be $5 million).

Following the death of her paternal grandparents, in 1979 and 1980, Lisa Marie Presley became the sole heir, with the right of administration, until the age of 25, returning to her mother.

In 1990, when Lisa turned 25 years old, she inherited $100 million (around $200 million today) thanks to her mother’s savvy financial management.

Lisa Marie Presley has sued her former manager, Barry Siegel, whom she accused of mismanaging her wealth. Elvis Presley’s daughter believed that her income has decreased to just $14,000 by 2015 because of Siegel’s bad investments. Siegel sold 85 percent of her stake in Elvis Presley Enterprises in 2005, a deal she says “reduced Lisa’s worth by $20 million“. Presley accused him of losing millions of dollars for investing in Core Entertainment, the company behind the show American Idol, which went bankrupt in 2016.

In 2018, during her divorce from ex-husband Michael Lockwood, Lisa claimed that she had a debt of $16 million. However, Lockwood said that Lisa Marie received anywhere between $100.000 and $200.000 per month from the Elvis Presley Enterprise trust. Also, he claimed that she was not saying the truth about her real financial problems and that, in fact, she still had control over a trust fund valued at $65 million and owned 15% of Elvis Presley Enterprise.

In March 2021 the divorce was finalized, but after one year Michael demanded Lisa provide tax returns to the court as he believed that she was secretly paid in advance $3 to $4 million for writing a book about her relationship with Michael Jackson and her father, Elvis Presley.

Lisa Marie Presley was born on February 1, 1968, in Memphis, Tennessee, and became the owner of her father’s Graceland mansion, a popular tourist attraction in the city. She was 9 years old when Elvis died there.

Elvis and Priscilla separated when their daughter was only four years old. She spent her childhood between Los Angeles, where her mother lived, and Memphis, where Elvis lived.

She had several collaborations with famous artists, among them Pat Benatar, Richard Hawley, and Kylie Minogue. 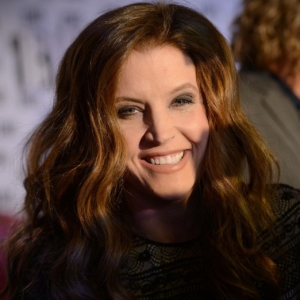 Lisa Marie Presley was married 4 times. The first time, between 1988 and 1994, was with actor Danny Keough. Together they have two children, a girl, and a boy.

In 1994, she married Michael Jackson, in the midst of a pedophilia scandal. They broke up in 1996, but Lisa Marie tried again and became Nicolas Cage’s wife. Their marriage lasted only 108 days.

Her fourth marriage, to her guitarist and manager Michael Lockwood, was also her longest: 10 years (2006-2016). The two have two twin girls together. Their divorce was finalized in 2021.

Her only son, Benjamin Keough, a musician himself, died in 2020 at the age of 27, a death ruled a suicide by the Los Angeles medical examiner.

At only 9 years old, when her father died, she became the heir to the colossal fortune left by the great Elvis, along with her grandparents. 46 years after the death of the “King of Rock ‘n’ Roll”, she was entitled to millions of dollars in royalties and brand management rights. Last year she earned about $23 million in album sales, from his museum, memorabilia, and tickets sold at the Graceland estate in Memphis, Tennessee, which also includes a 450-room hotel.

Lisa Marie Presley inherited the $100 million in 1993 when she turned 25 years old. After another 25 years, Elvis’ daughter said in a trial statement that she had reached the bottom of the bag. That means she would only be left with $14,000.

Presley blamed her former manager, Barry Siegel, for mismanaging her finances and sued him for “managerial recklessness and negligence” over her estate.

In response, Siegel claimed that Elvis Presley’s daughter was to blame and sued her in turn, accusing her of frivolously spending her father’s fortune. The former manager also wanted damages of $800,000.

Lisa Marie Presley purchased two properties in Hidden Hills, California, in December 1993. She paid $2.6 million for one parcel and another $625,000 for the second one. The property featured an 8,000-square-foot mansion and had a surface of more than 3 acres.

In July 2010, she listed the property for sale for less than $7 million but sold it for $5 million in November 2010 to a doctor. The new owner destroyed Lisa’s mansion and built a French-inspired mansion of 15,000 square feet.

In 2014 he sold the newly-built mansion for $20 million to Kanye West and Kim Kardashian. Ultimately, after Kim’s and Kanye’s divorce, this mansion became Kim’s main residence.

Lisa Marie has been involved in numerous humanitarian causes, from anti-poverty programs administered through the Elvis Presley Charitable Foundation to relief efforts after Hurricane Katrina.