Ground turkey is a healthier alternative to hamburger meat and other meat types because it has less fat, cholesterol, and calories.

Ground turkey is a leaner meat than most other meats. The National Turkey Federation claims that it is manufactured from neck pieces, drumsticks, thighs, and other parts that are considered muscle material, with some lower percentage of adhering fat or skin, all in natural proportions. They also state that the fat content is either at or below natural levels in turkey, and producers agree on this point as well. Ground turkey can be used for almost any recipe because of its versatility and lack of strong flavor; it’s perfect for holiday meals.

How much should ground turkey cost?

A pound of meat at the grocery store can cost anywhere from $2 to as much as $8, depending on the quality. The leaner it is, the more you should expect to have to pay. Most people find themselves paying anywhere between $2 and $5 per pound at their local stores.

In the recent Stretcher.com forum thread, members stated they have paid anywhere from $3 to as much as $7 per pound for ground turkey. Trader Joe’s has put out a random weight tray in their stores at close to $2.99 and it hasn’t changed since 2009.

Ground turkey is an excellent source of protein, with the average four-ounce serving containing 21 grams. It’s a mixture of light and dark meat that was removed from the bone and minced together with its existing skin and fat. instead of getting it from the breast area, this meat is usually taken from thighs, drumsticks, or the neck area. It can be used to make anything like burgers, sausages, or tacos. Organic varieties will never have any artificial coloring, flavors nor preservatives added so if you want your food as natural as possible this is definitely for you.

Ground turkey is a lean, healthy alternative for people looking to eat less red meat. It can be found at the grocery store in sealed packages and will usually be bought by the pound. Some popular brands are Jennie-O, Perdue, Shady Brook Farms, Foster Farms, Honeysuckle, and Butterball.

The ground turkey meat in rolls typically weighs around 16 ounces each. However, a roll of bulk ground turkey can weigh up to 10 pounds. 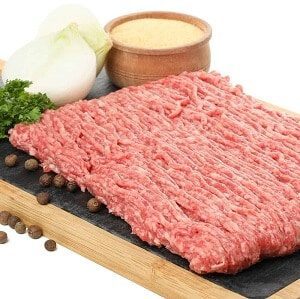 There are many different types of turkey on the market, each with its own benefits and drawbacks. If you want to make sure that your meat is as healthy as possible, pay close attention to how lean it will be before buying.

Ground turkey is a great alternative to ground beef. It is actually considered a great replacement and a lot of people say it’s their favorite. You can use it in dishes such as burgers, spaghetti sauce, chili, meatloaf, and burritos.

Ground turkey usually takes 3-5 minutes on average in order to be cooked through. Be aware though: cooking ground turkey too much could lead to its becoming brittle or tough like leather, which causes them no longer to be juicy and tasty when eaten.

Any way to spend less?

Ground turkey is a fantastic way to save money on meat. You can buy an entire tray of Jennie-O ground turkey at Sam’s Club for $13, which will bring the price down. Buying in bulk will also help you save on each pound and make it more affordable. Costco also offers 93% lean group turkey that is sold for just $2.59 per pound. Even if you don’t have room in your freezer or kitchen fridge, freezing these meals will help them stay fresh until they’re ready to be cooked.

One good way to save money on meat is by looking for sales. If the price per pound is less than $2, it’s a great time to stock up and you should take advantage of this opportunity.

The clearance section is your best friend. Often when the meat reaches its expiration date, stores will offer it at a discounted price in the clearance aisle to get rid of inventory before they spoil and go bad. If you’re using what’s on sale right away or freezing for later use there should be no issues with food safety.