The gyrocopter is a modern aircraft, which in addition to its feature of diversified use, low operating price, special flight, nowadays is the safest aviation instrument in the world.

The gyrocopter is also known as a gyroplane or autogyro. It is a helicopter-like aircraft that uses a rotor without a motor (propeller) to generate the force of ascension (vertical movement). The traction force (horizontal displacement) is provided independently, usually by a motor-driven propeller.

Gyro is not intended to be a substitute for either an airplane or a helicopter, and yet it demonstrates its exceptional “capability” in several areas, as well as its special faculties both during service flights and during pleasure flights.

How much does a gyrocopter cost?

The price of a gyrocopter is anywhere between $26,000 and $155,000, depending on the place you are buying it from, design, producer, characteristics, and brand.

In the table below we give you some of the most popular models and their price estimates.

If you’re looking to buy a gyrocopter, Barnstormers.com is the place to go. From Dominators with prices starting at $10,000 all the way up to the 2012 AutoGyro Cavalon model which can cost as much as $128,000. But don’t just take our word for it and check out their classified ads section and see what they have going on right now.

A gyroplane is a lightweight aircraft that can be built for less than $12,000. The plans and kits are available on PRA websites in both single-seat or two-seater models.

Many gyrocopters are built from kits by enthusiasts. If light enough, they are governed by FAA rules on ultralight and amateur-built aircraft.

The gyrocopter needs some space to take off – at least 90 meters long and 20 meters wide. And this is dictated by its working principle. Even though it looks like a helicopter, a gyrocopter takes off almost identically to an airplane, although it requires less space. A gyrocopter (also called a gyroplane) has two propellers, one small in the back, which propels it forward and another large, above, like a helicopter, but it is not rotated by the engine, but by air. Thus, if the engine fails, the large propeller continues to rotate, and the pilot will be able to glide up to 5 kilometers and land safely. This would be impossible with a helicopter.

The gyrocopter needs an area of only 0 to 5 meters for landing.

Completing the required flight training to receive an FAA gyroplane rating can be expensive, costing from about $1,200 to $3,500. Many dealers require that buyers first complete proper coursework at a certified facility before the purchase of a gyroplane is allowed.

You might also like our articles about the cost of an A&P license, to become a pilot or the cost of hangar space.

People who are looking to learn how to fly gyroplanes will need 30 hours of training. If you have previous flying experience, it takes only 10 hours before the conversion can be completed and the cost is around $190 an hour with discounts given when purchasing bulk packages at some schools.

A gyroplane is an amazing machine that can take you anywhere. But like anything else, it needs routine maintenance and care. The cost of maintaining one may be about $600 or less depending on what services are needed after a time period has passed.

Personalization is a great way to make your gyrocopter unique and fun. The designs that are available for purchase, such as logos or initials can be applied in the same manner as with car customization options like window stickers. These will usually cost extra depending on how large they need to be. 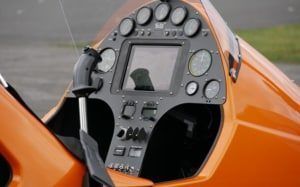 It’s important to have the right equipment for your flight. If you’re flying with a gyrocopter, then it is necessary that pilots follow strict regulations and be able-bodied individuals over 18 years old who meet certain standards in both size and weight limit restrictions. Gross masses of 254 pounds or less require a pilot license, while you will be required to hold a student’s pilot license for those greater than this amount.

Gyrocopter manufacturers can enhance the stability of their craft by adding a kit that gives customers an alternative to using single-bearing rotors. The unit adds two more pairs for greater torque distribution and balance, which in turn makes it easier for inexperienced pilots to keep things stable while they learn maneuvers from scratch.

The new gyroplane models have been created with safer aerodynamic stability designs that decrease their sensitivity to turbulence, which makes them less likely to get damaged in rough weather conditions.

The gyrocopter has an almost unlimited lifespan, as long as you don’t mind spending time in the air. Depending on which parts need overhauling or replacement (rotor blades and engine), it’s estimated that most models will have a maximum life span between 1,000 and 2,000 hours before needing maintenance again.

Who needs a gyrocopter?

A gyroplane is a popular and affordable option for those looking to get their pilot certification. If you’re interested in this type of flight training, be sure to look into whether any discounts are available from your local school or company before purchasing hours-in-bulk so that it will cost less than regular rates.

Find out which gyrocopter kit is best suited to your needs and skill level by making a list of all available models and their prices and with the help of an instructor choose one.

Building your own model will be cheaper than purchasing one that is already built, and you can also save a lot of money by buying used models.